Review of Twelve Years a Slave by Solomon Northup

Book can be found in:
Genre = Sociology
Intriguing Connections = 1) Get To Know This Worlds' People, Regions, Cities, Nations, and Empires (United States of America) 2) Biographies: Auto, Memoir, and Other Types,
3) The Persecuted and The Persecutors 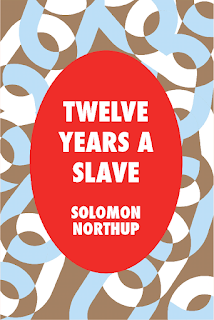 “Giving us an education surpassing that ordinarily bestowed upon children in our condition, he acquired by his diligence and economy, a sufficient property qualification to entitle him to the right of suffrage.” – Solomon Northup, Chapter I, Page 16

“Having completed my contracts on the canal satisfactorily to myself and to my employer, and not wishing to remain idle, now that the navigation of the canal was again suspended, I entered into another contract.” – Solomon Northup, Chapter 1, Page 19

“I at once accepted the tempting offer, both for the reward it promised, and from a desire to visit the metropolis.  They were anxious to leave immediately.  Thinking my absence would be brief, I did not deem it necessary to write to Anne whither I had gone.” – Solomon Northup, Chapter II, Page 24

Elaborate Description
Overview:
Slavery was a vile institution but it was more complicated than all slaveholders as evil.  Some slaveholders had much gratitude, while others had much bitterness.  This is an autobiography of Solomon Northup, who was born free in the northern states, but was kidnapped and sold into slavery in the southern states.  Going from a hard worker making a comfortable living, to a tireless worker barely living.  From having a family, to being in constant peril.  A detailed account is made of the tortures, and the different labor uses of slaves.  There were people along who treated enslaved people well, and others who helped Solomon stay alive and regain his freedom.  This is a story about the value of freedom.
Solomon’s father had given his children an education, setting different expectations of them than did society.  Solomon himself married Anne, with whom he had children.  Through hard work and diligence, the family made a comfortable and happy living.  Solomon was always looking to work, and avoid idleness, which attracted him to the offer to play his violin in other states.  Unfortunately, Solomon also accepted to stay with the party while it went to play in the southern states.  Although Brown and Hamilton incentivized and helped procure papers to show that Solomon was a free person and not a slave, Solomon ended up being kidnapped in a southern state with the papers missing.  Solomon is not sure whether Brown and Hamilton had anything to do with his kidnappers, as they were friendly towards Solomon and cared for Solomon’s welfare.  But because the consequence was becoming a slave, Solomon does not think of them too charitably.
The slaver known as Burch tortured the freedom out of Solomon.  Solomon did not yield his claim that he was a free person easily, but thought it wise to go along with the claim of slavery for that would give him better prospects of escape.  It was either go along and become a slave, or lose his life.  After that Solomon was a slave to different slave masters.  Looking kindly at some slave masters for their treatment.  Making easy acquaintances with people in similar condition as he was, but also gaining some ill will.  There were more than a few times in which Solomon’s life was in jeopardy.  For Solomon, kindness would have made slaves more obedient than deadly weapons.
Problems?
The writing is sometimes easy to read, but the syntax prevents flow as it makes it more difficult to read.  There might be a problem with the narrative of the story, given in such detail years after the events.  It is unlikely that the events happened exactly as the details are laid out.  But the general context is acceptable, with proofs and sources.
Questions to Consider while Reading the Book
•What is the raison d’etre of the book?  For what purpose did the author write the book?
•Were all slaveholders the same?
•What was Solomon’s personality?
•What skills did Solomon have?
•How did Solomon end up being a slave?
•Why did Solomon fight his freedom?
•Why did Solomon accept being a slave?
•How did Solomon escape slavery?
Book Details
Edition ISBN:  2940152130065
Pages to read:   228
Publication:     2015
1st Edition:      1853
Format:           eBook
Ratings out of 5:
Readability    3
Content          3
Overall           3
at September 19, 2021